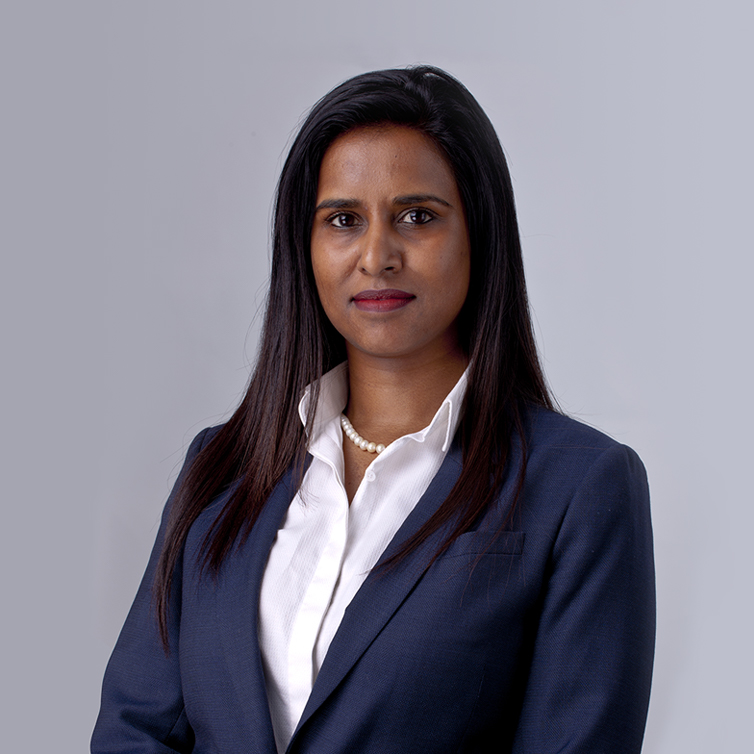 Jay Govender is a Director and Head of our Projects & Energy Sector. She has extensive experience, both for public and private sector, in public-private partnerships (PPPs), infrastructure development, power projects, due diligence exercises, public procurement, regulatory advice and opinions.  She has represented and has been mandated by a number of the state-owned entities, municipalities, government departments, developers, lenders and sponsors.  She has led a number of cross-border and South African energy and infrastructure projects.

Jay was admitted as an Attorney in 1998 and joined Cliffe Dekker Hofmeyr as a Director on 1 February 2012. She was appointed as the Projects & Energy sector Head in April 2015.

Jay forms part of a working committee mandated by the United States Department of Commerce in developing and facilitating power projects for the Obama Power Initiative.  As part of her work, Jay has trained regulators, utilities, transmission companies, distribution companies, and development banks on power purchase agreements and financing of power projects in Washington DC, Rwanda, Tanzania and South Africa on a pro-bono basis.  She has also co-authored three handbooks on Understanding Power Purchase Agreements (2015), Understanding Power Project Finance (2016) and Understanding Power Project Procurement (2017), which illustrates that she is regarded as the thought-leader in this field.

Jay's PPP experience extends to greenfield and brownfield projects in healthcare, prisons, office accommodation, water and stadia. She has acted as transaction advisor to the procuring institution as well as for lenders and the private party.

Lead legal advisor to Eskom (the largest electricity utility in Africa) in its role as buyer, National Transmission Company, distributor and system operator in all of the Independent Power Producer (IPP) Energy Programmes. Although procured by the then South African Department of Energy under specially developed procurement programmes, the IPP Energy Programmes follow a similar format to the PPP model and standardisation. These mandates are wide ranging and include advising on the review and amendment of the standardised power purchase agreements, procurement documentation, drafting of the standardised grid connection agreements, advice on regulation, cost recovery, risk allocation, governance, tariff principles, regulator issues, on the respective energy technologies, contract management and disputes.  Jay has advised on the following programmes:

Transmission and Distribution supply and connection